I’ve been meaning to point to Adam’s new site: Decommodify.

He just posted about his frustrations with his alarm clock. While I don’t use an alarm clock, we do have a clock in our bedroom* that I absolutely love simply because I don’t think about it much.

Right up until I read Adam’s post I forgot that we even have this in our room, yet I look at it several times a day when getting ready to go to work or to bed. It’s my dream clock and I wish I knew how to get more because I would fill my house and office with them.

I joked with Amber the other day that I’d be more of a minimalist if I could just stop being a nostalgist. Every time I sit down to throw stuff out I run into that dumb painting my co-workers got me for that one birthday or a CD that rode with me in my little pickup as I made deliveries in Los Angeles over fifteen years ago.

I didn’t upgrade my iPhone4 to the 4s and very likely won’t. It’s not because I’m attached to this version I’ve carried with me for a while now (it’s actually a replacement for the one I originally purchased). It feels more due to that clock up there. They really got this one right and other than a new camera (this one is fine for pictures of my son) I don’t see a reason. The phone has sort of blended into my life in a way that a faster chip or better camera isn’t going to change much.

I will probably upgrade when this one breaks. I wish I could for that clock.

* It appears you can purchase one here I’m not 100% sure that is the same, but it looks like it.

Back when I was younger there used to be this big debate about the meaning of the word “hacking”. In the News it was always used to describe unsavory acts of theft, vandalism, and destruction. Hackers (the nice kind) invented new words to help them sort the hacker from the malicious hack like “crackers” or “script kiddies” but I don’t think it was until the Maker-scene and Linus Torvalds and countless open source hackers took the word back and permanently gave it the definition it deserved.

Of all the books with the word “hackers” in it, the good one, aptly titled Hackers, did an excellent job at describing the early days of computing, all the way back to the Homebrew Computer Club and into the explosion and excess of the 80’s.

It is what I think of when I think of hackers. People who sit down to solve a problem or invent something for the joy of figuring it out or making it better for others. If they’re lucky, the thing they made gets used by other people. And if they’re really lucky they get a chance to create for a large and grateful audience. 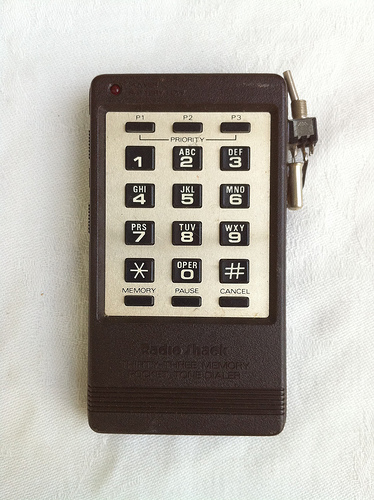 When I was in college I made red boxes. Not a lot of them, but enough to keep my friends happy dialing home or around the country for free from pay phones. A descendent of the blue box the red box became popular when the former no longer worked on home telephone lines. As a kid in college (Berkeley no less) I wasn’t exactly hurting for money to call home. I was privileged enough (like my classmates) to have grants, loans, and parents willing to pay for us to attend a very good college so the $5 or $10 in phone calls a month wasn’t exactly breaking us.

And to be honest, who calls their parents that often?

The fun thing about red boxes was making them. Handing a newly soldered dialer to a friend (for a modest fee) was an amazing feeling. Here is a thing I made*, you can go use it as much as you want for whatever you want. I even scratched my business name into the back of them as I wrapped them back up in their boxes and plastic I was so proud.

I think my desire to make and share things with people who don’t have the ability to solder or code or install Apache was born in that dorm room. I ship code because it is tremendously satisfying to give people things that they can use. I am addicted to the feedback and especially the knowledge that I got it right. It makes me feel good.

And to be clear: you don’t have to necessarily know how to install Apache or solder a chip. All you need is a desire to make something be a way that it should or can be. And if you want to do it for a large audience you need to understand them and what they want. I spend a lot of time thinking about these things. “What do people want?” “How should this be better?”

My favorite people make tools for people. Not just make tools, but make them with the intention of others using and enjoying those tools. I appreciate something done well and it fuels my own ambition to do good work. I was very sad to hear about Steve Jobs passing away not because I love my Apple computers or worship my phone, but because I felt that we shared the same feelings about making things better for people.

That’s all I’m trying to do.

* Red boxes were usually Radio Shack tone dialers with a modification that passed the impulses through a crystal (soldered on the outside). The switch you see in my red box above allowed you to flip back to regular tone dialing if you needed it.