I have started tagging games I want to play or games that I want to check-in on later with the tag: playmelater on Pinboard. A while back I registered the domain name playmelater.com to make something like a Svpply for video games, but I doubt I will ever get to it.

It’s something I do want. I hope someone makes it. Every week it feels like there are 10 new games to check out, and these aren’t just big publisher games but small independent games I will surely lose track of unless @brandonnn tweets about them.

If you haven’t seen this talk yet, I wanted to make sure you did. One thing though: as you watch it remember it is not about a text editor or a new way to write code. There is a much larger statement being made so don’t get caught up in the “ain’t that cool” factor.

Bret Victor - Inventing on Principle from CUSEC on Vimeo.

I wasn’t sure if I should post this on our Simpleform blog or here. I have this blog post coming about my new life as a small business owner and how differently I carry myself these days. The work is similar, but different. We still ship code, solve problems, and have a good time, but there is much more concern about planning and our future than there was with MLKSHK.

This talk arrived at a very good time.

I have an important question. Nintendo has also just released Mariokart 7 for the 3DS. In every iteration of Mariokart, I’ve always preferred to play as Toad. Who’s your favorite character?

That’s the most challenging question! I’m sorry that I cannot come up with an interesting answer. Somehow, it’s habit to me, but I play with Mario. He’s a very balanced character.

I understand that he has some popularity. Somehow. 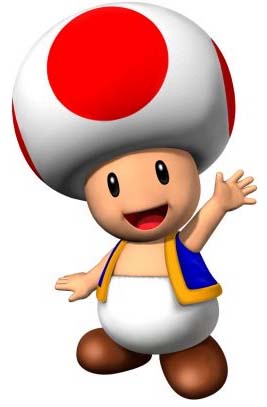 I’ve had this idea bouncing around in my head for a while, and I want to do it, but the project would require a lot of time that I do not have. So here is the idea for someone else to take and make.

The point of this site is to help people build sites they are dreaming of building (THE IRONY).

Description: A site that you sign into with Github. You create a new project and then point it at a publicly accessible Git repo containing a suite of tests that you wrote for your project. Yes, you have to write all the tests first.

But here is the cool part: people can fork your project of tests, build the app that the tests are testing and then issue a pull request. You then can initiate tests (here be some magic) via a brand new EC2 instance that gets fired up, and if all tests pass you can accept the pull request and thank/pay/whatever the person who submitted the completed or partial project.

A thing I’ll be doing to track my music for the project is summing up my favorites for the month.

Though January was rough, so far I think I found three good albums I’ll be listening to all year. If you have Rdio then you can play the albums in-line. Otherwise I included links to their Amazon pages where you can play them.

Palomar was a nice surprise. Turns out I actually remember when the band was getting started because a member of a site I run was in it and he sent me an album. Small world. [Amazon]

Dead Dog reminds me of the bands I used to see in the mid-90s in Southern California at places with names like No Life Records, The Ukranian Hall, Dizzy Debbies, or some random strip-mall record store in the Valley or Orange County. Loud and fuzzy 2-minute songs that were always under the spectre of being shut down any minute. That whole time in my life I was incredibly young and just wanted to hear loud music, get drunk, and have an excuse to do really stupid things. Anyway, here’s Dead Dog. [Amazon]

Cloud Nothings. I haven’t figured out this album yet. It’s unlike their last album (which I liked). I can’t stop listening to it. There’s really good stuff in there. [Amazon