Totally random idea I’ve been chewing on for, oh, 8 years?

Popup Yearbook. Page gets created. Everyone in a certain group is invited to upload one picture of themselves from the year. The page is locked after a period of time.

Stupid simple idea but a community site I manage does this every year and it’s a lot of fun to see the finished result.

I don’t think I adequately explained what I am talking about in my last post. Here are some simple examples.

Think “if this then that” for the businesses I use on a recurring basis. If the banks and mobile phone companies and gas companies and insurance companies aren’t going to make APIs for us, why not make them ourselves? Hold them accountable and provide stats to ourselves about the money coming in and out of our lives.

I’ve been chewing on the idea of how to share the satisfaction one gets from writing tests and pushing code with people who don’t write code. Every todo app or productivity app I’ve seen gets this part wrong. If one could bottle the satisfaction from testing and shipping into an app for doing things they’d be gold.

For the non-developers reading this&8212;writing automated tests is essentially writing a set of scripts that test paths in your application. If your code accepts user names and passwords with certain rules, then a type of automated test will attempt to log into your site however many hundreds of permutations that exist to test that the rules work. It’s a validation that your code does what is expected, and will continue to do what is expected even if you change other parts of your code.

Yes, accomplishing the task is important, but nobody (that I’ve seen) gets the other two parts right. Testing would be a verification that the task was completed and done. Pushing would be announcing or registering your daily completed tasks and getting the satisfaction of cleaning them off your plate. 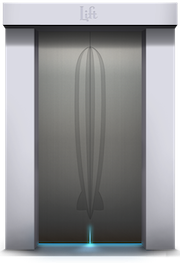 This is still too geeky and stuck in my head. I think people are working on this idea. At least I assume that’s what The Obvious’ Lift is.

But even if they aren’t, I’m hopeful someone eventually makes this. Even geekier I would say my dream is to someday have a set of scripts that test and verify all the things I have set up in my life (insurance payments, property tax payments, savings to cover year-end taxes).

Essentially a set of tools to verify the processes I have done or need to do and a way to instantly test that they are all in place and working. Pretty geeky, but pretty cool to me.

I keep a Twitter account of things my son says. I know everyone’s kid is hilarious, but I think I am good at remembering to write them down. Here are some of my favorites.

“She became something else.”

“Noo I am helping my trains!”

What would you think about having a little brother?

Or a little sister.

“Where are my toes? I think they’re lost!”

No, no ice cream.

“How about just ice?”

While waiting for us to finish our lunches, “I want someone to play with me who isn’t me!”

People spend too much time trying to be right, not enough time running experiments and exploring ideas

It was called Breedster, a play on the name Friendster, and it briefly took over people’s lives only to (as planned) utterly destroy and eat itself.

Every year or so I think about Breedster. Part of why I am writing this is so I can spare Google attaching the terms: “social site, friends, bugs, std, disease, eat poo” to my profile every time I want to tell someone about it.

Yes really. I wasn’t as active on it as most people, but the gist (from memory) was you were a bug hatched from an egg, ate food (or poo in a pinch) for energy, and then had sex with others to create more eggs of your own. The whole point of the game was to consume food to have energy to have sex and then repeat.

A few weeks into the game, when players were inviting as many people as they could to then have sex with them, something strange happened. First it was simply disease found in poo that would sap your energy over time. But then it was a sexually transmitted disease that people had already unwittingly contracted.

Their eggs would no longer hatch. Bugs died due to lack of energy. The whole site became infected and everyone died.

This is from memory. I may have gotten some details wrong (and would appreciate any corrections) but what I loved about Breedster was that they were exploring an idea in real-time with hundreds of other people and had the good sense to see a conclusion. A few people, like me I hope, think about that site every so often and marvel at how cool it was that they did that.

We’re so comfortable now with, as Adam calls it: the “Ad Supported Like Economy”, that it doesn’t even bother us we effortlessly move back and forth from asymmetrical (Twitter) following to symmetrical (Facebook). That we willingly store our relationships in relational databases for ad networks to scan and learn about us so that we can have a pinch of validation of our ideas, photos, taste, and meta-tastes.

I put Jonah Peretti’s tweet at the top of this post because it reminded me of sites like Breedster. They had an opinion about these new social sites and rather than write a blog post or complain bitterly on the nearest PHPBB forum, they created something that burrowed so deep into my brain that 8 years later I still think about it.

UPDATE FROM THE DRUNKMEN (MAN) HIMSELF:

@torrez Tiny correction: though the std was called AIDS by many members, it never killed. Deaths were self chosen (= terminate account).

It’s just a brutally honest song about trying and failing and trying again.

The song is ten years old. Dakota shared it with me back in the days when he was putting out a song every couple of weeks. I was writing on my weblog and shipping code left and right. Then something happened and it’s ten years later and I am waiting for a car to take me to a conversation about startups.

Chris Dixon tweeted something the other day I liked.

It received a lot of retweets and favorites but I didn’t see any more about it. I suspect it’s a bit related to my tweet from a few weeks ago:

One piece of advice given to me last year that helps me understand why startups sometimes do what they do: “Don’t be thoughtful.”

When we were getting our privacy policy together we spent a few days talking to our lawyer to get something drafted that was fair and reasonable. We posted it and asked for feedback. While nothing changed in text from the date we posted it, we had conversations with users to help them understand what it all meant. I think it was good for our early users to be comfortable, but I really wish I had a toolset like Chris described to make it easier for us and our users to understand.

I discovered Aza Raskin already had Chris’ idea and took it much further, but since he doesn’t have dates on his posts I can’t tell if it’s a recent or old post.

It will be a shame if this doesn’t happen.