About 13 years ago I wrote an application called XuMouse. 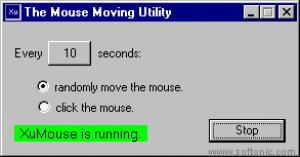 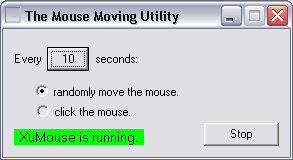 Every couple of months I get an email or phone call asking for a new copy. It seems that a lot of people run applications from their desktop or from the original archived file rather than installing it, so I point them to the correct URL or mail them the file. I keep meaning to make a new landing page for it but even when I did have one the email and calls still arrived.

Most, if not all, of the people who contact me are elderly. I believe many of them use the application to play games like online slot machines. It’s why I originally wrote the thing, there was a web site that gave you credits for pulling a slot machine lever and I thought it’d be funny to get a million credits. (I did. They were useless.)

The zip file, which you can download here, contained a README that asked for an email to tell me you were using it and say thank you. Many of the emails I receive are just to say thanks.

The app was free. I never considered charging for it because it literally took one night and maybe 10 lines of code. The zipped file is 7k and relied heavily on Microsoft’s MFC framework.

Something I barely remember doing 13 years ago for free still manages to cheer me up when I someone comes asking about it. That’s sort of all I really wanted out of that project.