Hi there. After many years of living here on notes.torrez.org I have moved to torrez.org. And I am posting again! Check it out.

I moved all my posts over there. So everything that was here is also there. Go Computers!

Oh look, a very nice article on the New York Times about Briam Lam’s The Wirecutter.

(I rarely do this, but: I was all over that last year!)

My dream writing platform is not Dustin Curtis’ new application called Svbtle. It’s a great looking application. I am jealous he was able to get it out the door. But as far as I can tell it’s not the one I’ve been looking for, so I figure it’s time I write this. 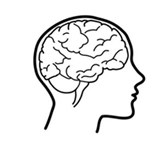 I have been thinking about writing platforms and talking to people (some of which worked on the platform you’re reading this on) and even keeping notes in nvAlt whenever a new idea pops into my head.

Previously my solution was to skip over points 1. and 2. and jump to point 3: write a front-end that publishes (using the Atom/MetaWeblog/Blogger/MovableType APIs) with an abstracted connector. That is, you push a publish button and my web app figures out how to publish on your service of choice. Your site continues to serve but the underlying application (Typepad/Wordpress/Blogger) is hidden behind a sort of driver that does not know what system it is publishing to, just that it has content to save and update.

This is fine in theory, but turns out to be the sort of pain in the ass you are wanting to avoid by bundling all the worst things about writing a blogging engine into one code base. You spend a lot of time reliving the stupid arguments of 2003 while learning how to publish to the MetaWeblogAPI. You then get to revisit the creation of an entire blog publishing standard from 2004 (that materialized out of an entirely separate argument people had with the self-proclaimed godfather of RSS for reasons related to his self-proclaimationizing ways) when learning how to use the Atom API.

These standards are the wrong path. They solve jumping straight to option 3 but basically uphold the sometimes head-scratching standards people conformed to when there were very good reasons to conform to them. They’re outdated. They are holding blogging back. I can’t use nearly 10 year-old standards.

That brings us to my pain points with every tool out there. My idea of an ideal tool is just that. It has all the little quirks and features only I want and I don’t think I will ever get everything I want without taking a year off and drinking a lot.

@typepad I noticed I have my Amazon referral ID saved with you. Could you add a feature where you insert it when I link to Amazon products?

Now, I know Typepad and Say: have a hell of a lot more things going on at their company than spending time adding new features to Typepad. I am a minor speck in their publisher galaxy and that’s fine. I think the application is still the best place for me to write since I use MarsEdit and rarely have to use the web interface.

But since Typepad doesn’t let me save drafts to the server (like Tumblr) so I can share them with friends (and since we’re spitballing: have my friends make edits in place), blogging is a very solitary sort of activity. The best posts (I think) I’ve made have been because Anil or Mat looked them over.

I need a new tool. I have reasons I don’t use Tumblr regularly (it is clearly the best publishing platform for blogging) and perhaps I should give it another look, but I think if I sat down with my nvAlt and described what I want it would not look anything like Tumblr. It wouldn’t look like anything that exists.

An interview with Jason Kottke on The Verge. Jason’s blog is still, consistently, the blog to read. Even more so now that he’s able to draw from Stellar.

I have two invitations to Stellar to hand out. Just ask: @torrez.

I had this sitting in MarsEdit as a draft for longer than I meant to. Last year I created a bookmark folder called Best of 2011 and throughout the year dragged a link in there to every post that knocked it out of the park. I edited the list down a bit after re-reading them:

Finally, not posted this year, but I saw it this year. I will leave you with the Venn diagram (hah! seriously!) that influences my work life right now: How To Be Happy In Business.

Dave Winer (!) posted some notes about the year and a response to the “golden age of tech blogging” being over.

Is the "golden age" of tech blogging over? Jeremiah Owyang says it is. I guess it's all about point of view. If you think tech blogging was Mike Arrington and TechCrunch, then yes indeed, it's over.

When Steve at Coudal.com asked me to be the guest editor for links I was initially hesitant. I used to consider myself a pretty good source for finding interesting stuff. My day was so predictable that I knew I'd have an hour or so in the morning to check my newsreader before meetings started. An hour or so during meetings to check again. And maybe during a few minutes in between meetings I'd write a quick blog post about something interesting I'd seen.

When I left my job in January so did my free time in between meetings. Now every day is a race to see how much work I can cram into the 8 hours or so I have to work before running home to make dinner, clean up, and get to bed.

So for the next month I've carved an hour or so into my schedule to get back into gathering links. I've missed out on so much good stuff, both software related and otherwise that I'm hoping November will turn out to be very productive for this old weblog of mine.

Do not miss Anil's remembrances of Brad L. Graham who passed away last week at 41.

My favorite blog of 2009 is Chris Dixon's. If you're in Tech you have to be reading this blog.

Screw the other lists. This is truly the 30 Best Blogs right now.